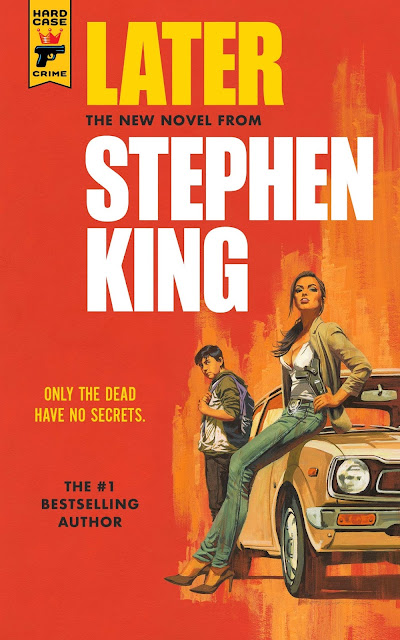 Jamie Conklin can see dead people. Yeah, kinda like that one kid in that one movie, with an interesting difference: ghosts must answer truthfully when questioned by Jamie. Raised by a single mom, Tia, a literary agent, Jamie is warned by his mother from an early age that others may try to take advantage of his secret ability. If only Jamie could also see the future.

I’ve always enjoyed King’s characters, but I’m particularly fond of the way he writes kids and young adults. It’s as if King remembers what it’s like to be a kid as if it were yesterday, which, and I try not to think about the reality of this, has not been the case for King for a hot minute. With Jamie as our narrator, I found the dialogue engaging and funny.

A line that caused me to laugh out loud and merit the stares of my fellow MetroLink riders: a character says that if a particular event happens, that character will “eat his hat.” When the event does indeed come to pass, Jamie, in what to me felt like a Shakespearean-style aside, says he wanted to ask the character “…if he wanted salt and pepper on his hat, but…nobody loves a smartass.”

Prepare to feel emotions for characters you likely won’t feel deserve said emotions, but such is the way of complex characters. Even the ghosts are, at least, not flat characters; Later’s ghosts all seem to have a particular emotion unique to themselves…but I won’t delve too far into that; I’ll let you discover that aspect for yourself, Dear Reader, as King frequently refers to his readers.

If you enjoyed Stephen King’s Colorado Kid or Joyland but wished they were a little more “IT” or “The Shining,” I highly recommend you check this book out sooner rather than…well, you know.

You can find more of Laura's reviews here.

Stamped: Racism, Antiracism, and You by Ibram X. Kendi and Jason Reynolds 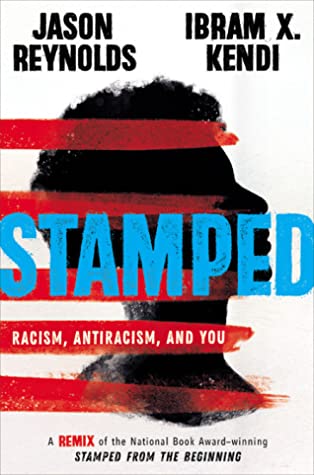 Stamped is a non-fiction book that traces racism through the view of history. There’s many political, literary, and philosophical narratives that have been used to justify slavery, oppression, and genocide. The book goes back to the first racist person and slowly leans into the empowerment we all know about. It dives into religious beliefs within each race, type of racists, and well-known moments of racism. Being a book that talks so much about the one thing we avoid the most, this book is more entertaining and formal to the reader.

Jason Reynolds narrates the story in his own words that hooks a reader’s attention. Not only does he capture the slang that his readers talk and know most about, he’s teaching our racial time lapse in a more comedic manner that interests the reader just enough to want to see what’s next. As if we all hopped in a time machine and took a look at how racial pride has been such an issue over the years and reacted in the present time.

This book is recommended for anyone who wants to find out more about how this mess all started.

Are you looking for something to read for Women's History Month, but aren't sure where to start?  Then check out Modern Herstory, an illustrated history by Blair Imani.

Taking an inclusive approach to recent history, this book celebrates seventy women and nonbinary people who have changed the world we live in for the better.  And though all of their contributions were great, the accomplishments of the people in these pages have too often been overlooked.  So Imani's writing and the bold, beautiful illustrations of Monique Le shine a spotlight on the important stories of people who are changing our world right now- and inspire readers to do the same.

I thought that this was a fun, breezy approach to women's history!  It highlights a few familiar people, but also spotlights the stories of many important, but less well known, figures from all backgrounds.  The biographies are all fast and easy reads accessible for all ages, and the art in this book in particular really shines.  If you're looking for a Women's History read, this is one I would definitely recommend!

With the release of  Rule of Wolves  a few months ago, and the TV adaptation on Netflix, I'm jumping back into Leigh Bardugo's excel...